The Naim UnitiServe is a cd ripper and library store. When you use it to rip a CD the UnitiServe rips to Wav format, it then looks up metadata from the All Music Guide or Cddb but this metadata is stored in a file called amginfo.xml or cddbinfo.txt within the same folder as the Wav rips for the album rather than stored within the Wav files themselves. If you edit your music using the Naim App then these edits are stored in a UserEdits.xml file.

Any Naim Uniti customer that needs to transfer their ripped files to other systems had to make a decision between Uncompressed Wav without portable metadata or converting to Compressed Flac. This allowed metadata to be stored but at the possible expense of sound quality since the Flac files are compressed.

SongKong has an option to fix this easily 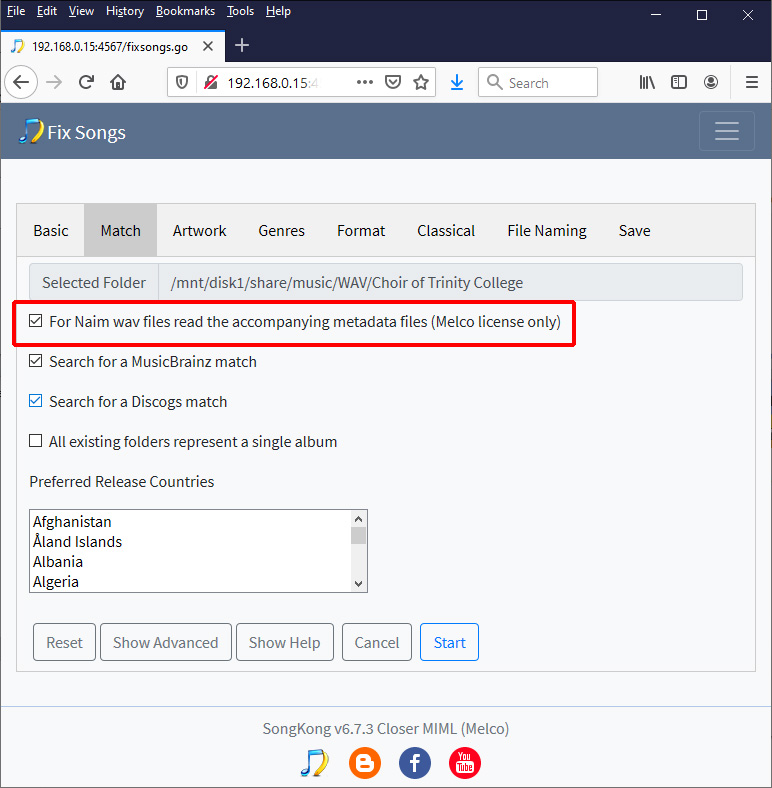 When the above option is enabled if you have any folders that contain Naim wav rips plus the Amginfo.xml or cddb.txt file then the metadata is now automatically embedded into the Wav files themselves, this can now be read and used by most applications and players. Because the files are local and no searching on the Internet is required this process is extremely fast.

Wav did not used to have good metadata support but Wav now supports metadata using the ID3 format, the same flexible format supported by Mp3 and Aiff. This format is well understood and is more powerful then the metadata format used by Flac, so now you can can have the ultimate audio format and the ultimate metadata format. We also write the basic metadata to the Wav Info chunk as well for applications that support Wav Info but not Wav ID3. For example MinimServer only supports Wav ID3 and Twonky only supports Wav Info.

All the information from the metadata files is parsed, not just the basics like the artist, album and track title but other roles such as producers and engineers. For classical music the conductor, composer and performers are also added. Artwork is also embedded into the Wav file itself.

Of course you can also augment this metadata by using SongKongs standard functionality to lookup metadata such as 1000px artwork from MusicBrainz and Discogs as well.